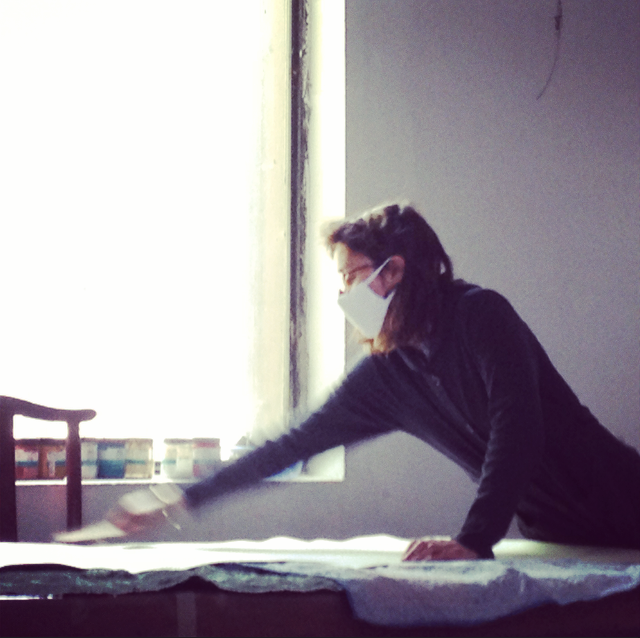 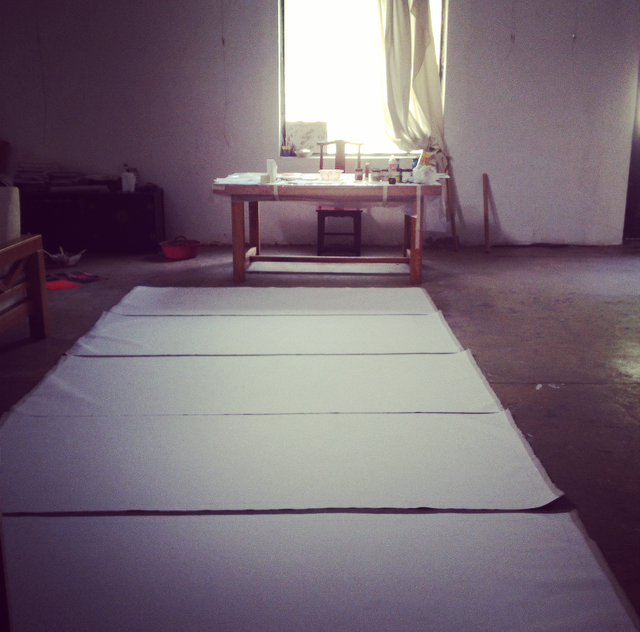 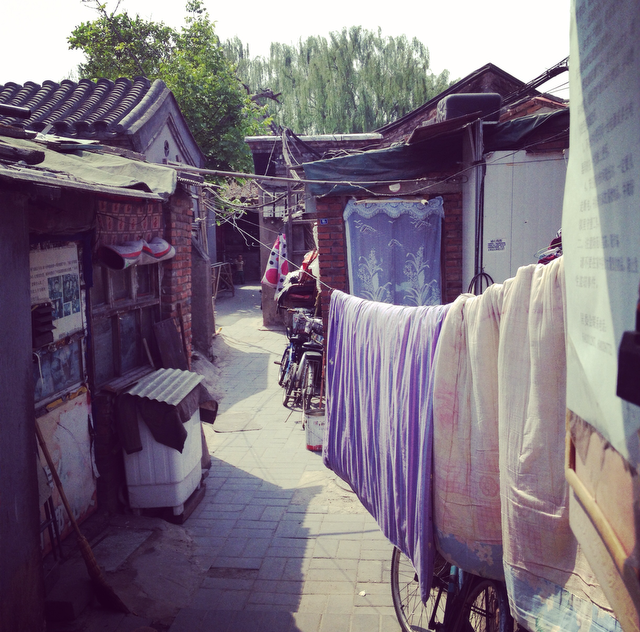 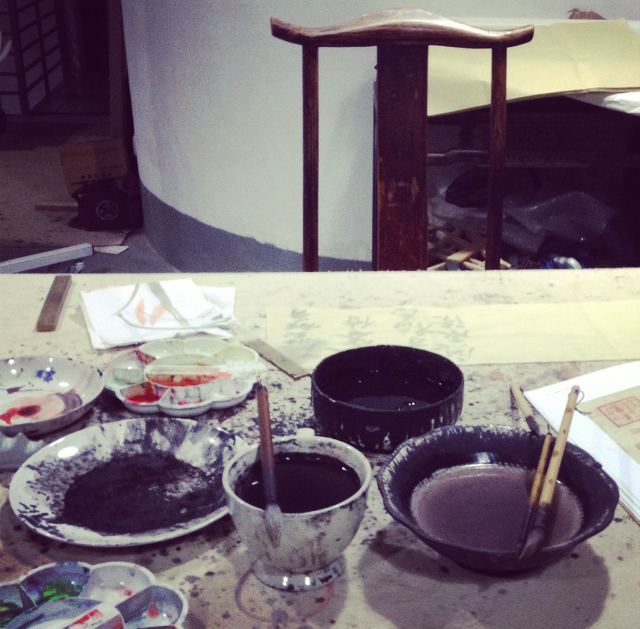 As part of a Chinese invitation for a residence held in the village of Songzhuan, southern suburb of Beijing. Kalie conducted a visual inquiry on France/China cultural reflexivity. The work focuses on the symbol of the dragon between the East and the West.

Her work visually condenses the disruptions of the gaze when passing from one culture to another. The Dragon in it’s negative symbolism in the West versus it’s positivity in China, reconciles the artist with the Chinese exuberance, satisfying only part of the dragon between figuration and abstraction. The tail of the Dragon used to navigate in space is associated with the 5 stars of the Chinese flag.

The overall work is visually structured in 5 panels reminiscent of the 5 major Chinese provinces and social classes, leading from red to gold, a colorful mark of power in China, which tapering gradually on the scales of its tail.