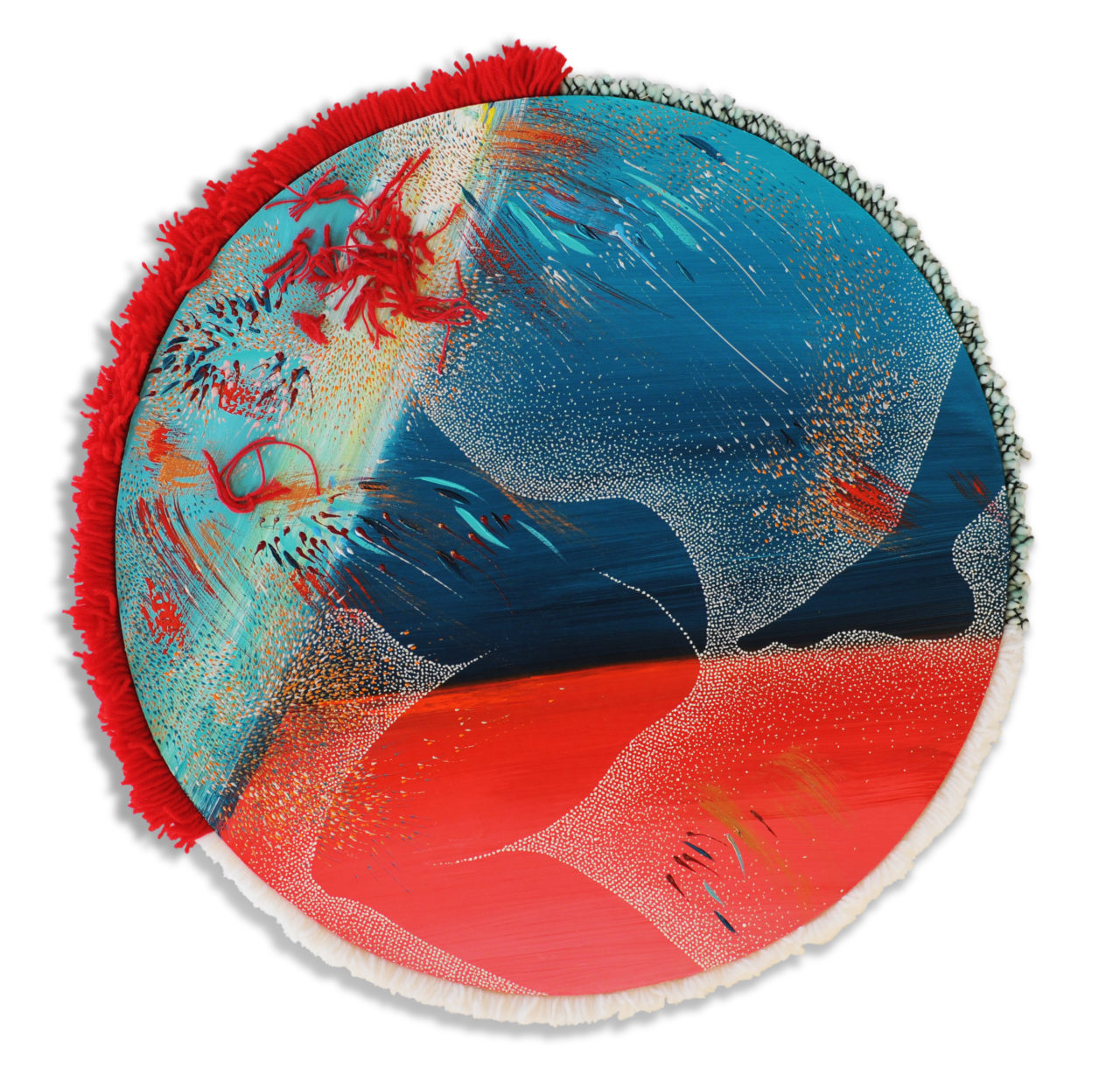 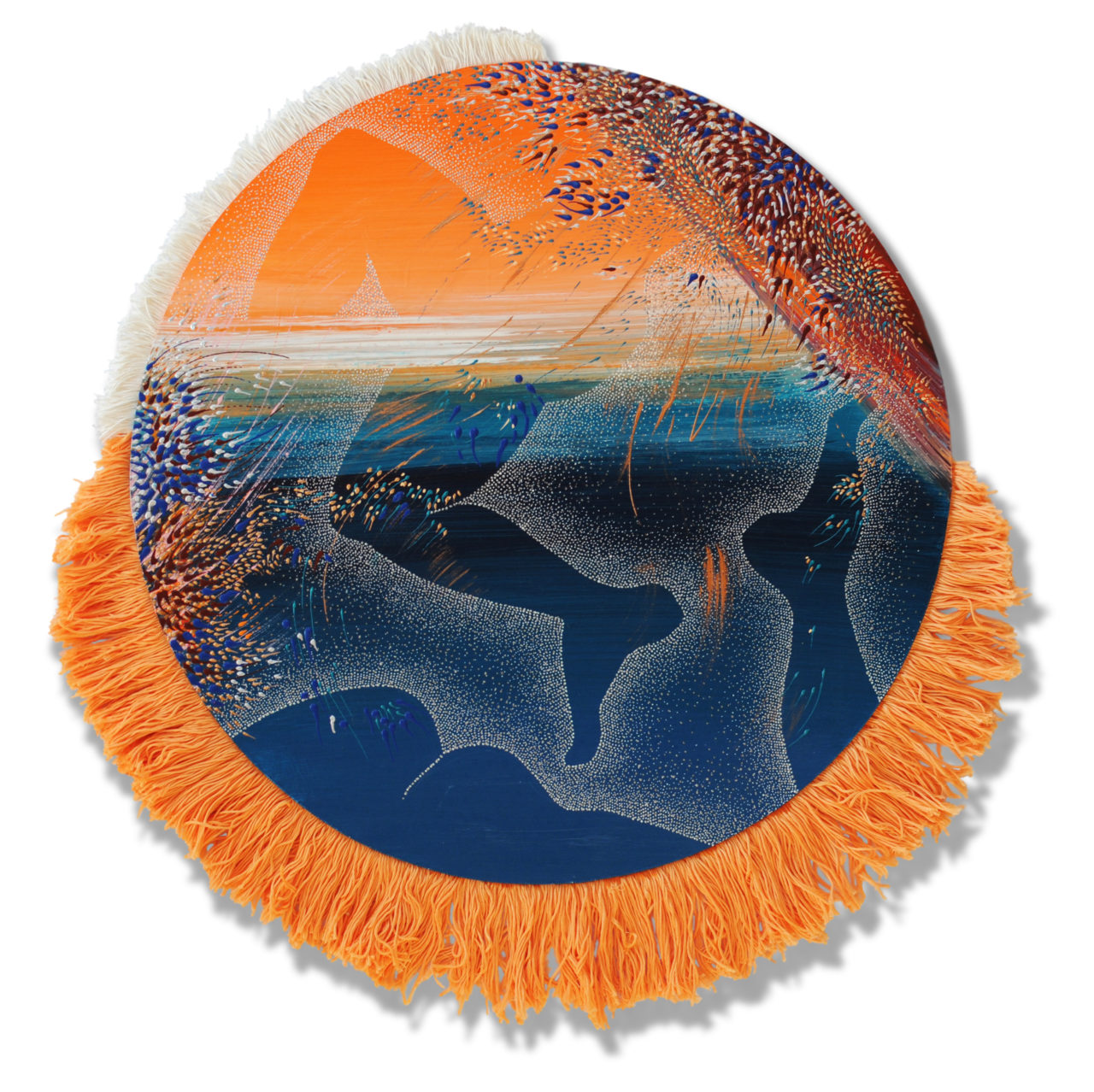 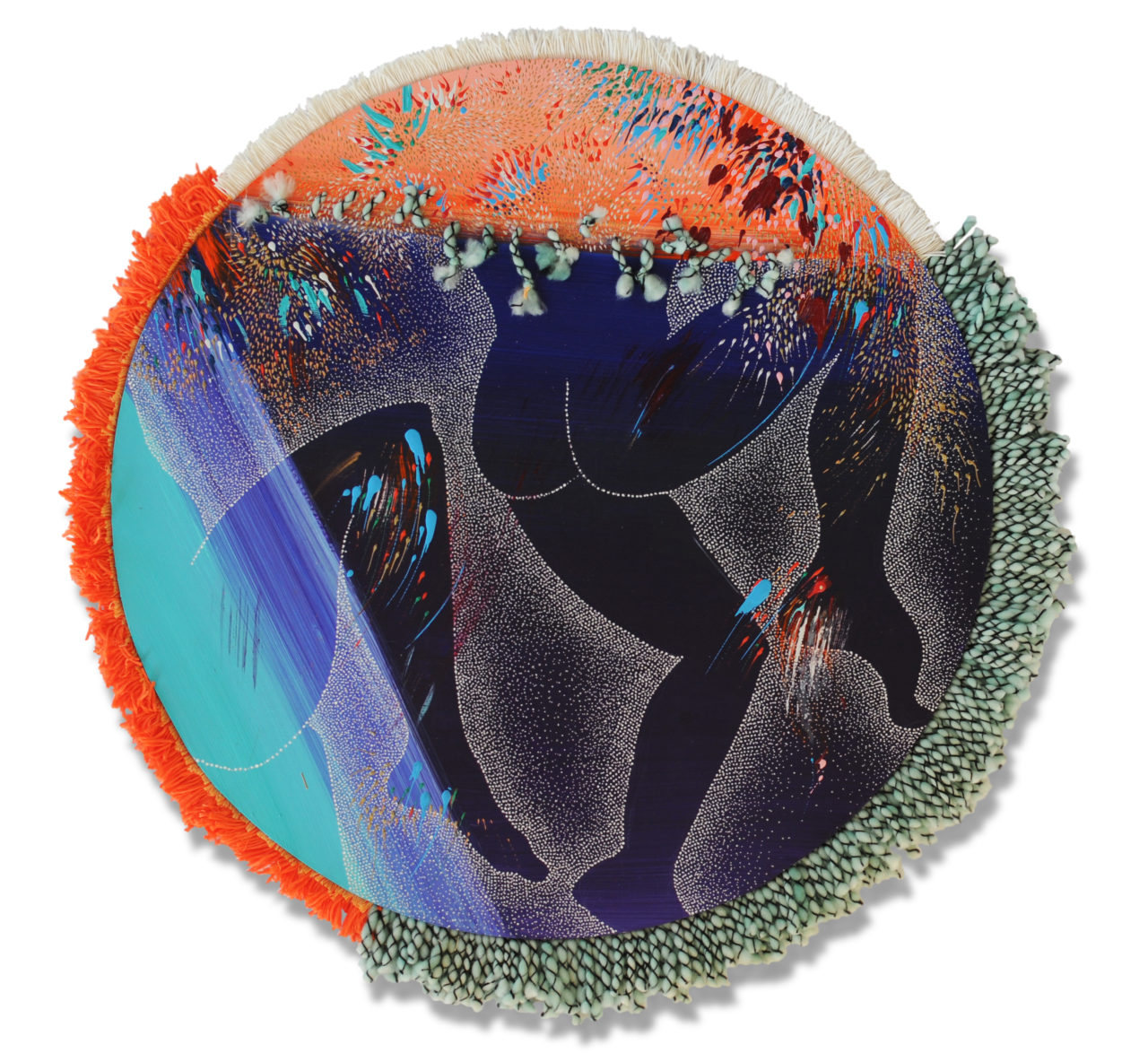 « Dreamcatchers » extends the visual elements of Women Swim, Kalie’s previous body of work dedicated to the world-wide Women’s March. Kalie takes us into new territories of visual expression and each piece follows the pattern of the tondi circular paintings of the Italian Renaissance which evoke the circularity of the feminine form. Each of the tondi allows us to rediscover the underwater dancers of Women Swim, but the composition is much tighter and each is enhanced with strands of rough wool allowing a shift from the spherical wooden structure of the tondi towards a visual reminder of the dream-catcher.

The dream-catcher represents the spiritual ideal of the sacred circle central to Native American spirituality where there is inherent equality, no hierarchy and, no element is superior to any other– the animal, vegetable, mineral and, astral kingdoms are on the same plane as humanity.
The circle allows a placing of opposing forces on an equal plane creating a direct connection between Womanhood and the Native American culture thus highlighting the kinship of spirit through the lens of both racial and sexual cultural domination.

For Kalie: “The hybrid spheres of Dreamcatcher use the metaphysical concept of equality. The fascinating, mysterious, geometric circular shape evokes simultaneously the feminine form, the sacred circle and, the dream-catcher. This is a synthesis of the shared values, emotions, motives and meanings which bind us in our common struggle.”